Partner Sergii Koziakov commented on the question “What is the cost of Association Agreement for Ukraine?” in the prominent professional newspaper “Yurydychna Gazeta” 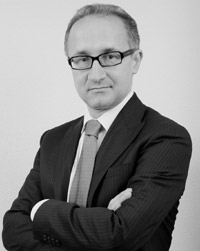 Ratification of the Association Agreement with the EU by the Parliament constitutes strategic victory for Ukraine and tactical one for Russia.

The victory is the strategic for Ukraine because this ratification is a beginning of the implementation process of the document with a great civilizational value. Particularly this document became the reason why Maydan events of 2013-2014 took place, why more than 100 people gave their lives and, finally, why military invasion of Russian Federation took place in the Ukrainian territory. Such measures include organizational measures (creation of joint institutional coordinating bodies, control measures and interpretation, as well as the adoption of the necessary acts of national law).

The signature process of the Agreement consisted of two stages. Firstly, the part which contains the record of the rules in fact describing the essence of the EU-Ukraine Association (about 200 pages) was signed. Subsequently the part containing the trade accountancy (about 800 pages) was signed. Few months ago, the European Union unilaterally removed tariffs on imports of a long list of Ukrainian goods on its territory. These facts are fundamentally important in order to assess the implications.

Consequently, the main part of the Agreement (the one that constitutes its civilization value and creates new scope of work for lawyers) takes effect almost immediately. Virtually next day after ratification Government announced that the Plan of Implementation of Agreement was adopted. Particularly this part contains very specific new rules for development of Ukrainian business, competition, state aid, supremacy of law, transparent and predictable rules of doing business, etc. Together with all, we turn colleagues’ attention to the fact that the Ukrainian lawyers will have to master almost the whole array of European law (about 33 000 normative documents), as well as court decisions with precedents. In this regard, I propose to draw attention to the students graduating from faculty of “International Law”, especially on specialization “European Law” and “International Trade Regulation”.

The tactical victory for Russia lies in fact that such a formula for entry into force of the Association Agreement was adopted under its pressure. Thus, Ukraine and the EU gave way to the side which was not a party to the Agreement.